DNA Queensland Electrical is proud to supply it's Sunshine Coast customers with some of the best cutting edge electronics from a global leader in the field, LG Electronics. 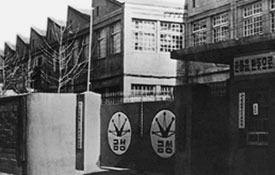 LG began business in South Korea in 1958 as Goldstar Electronics. In the early days, LG Electronics was the biggest supplier of domestic electrical goods in South Korea, and was responsible for producing South Korea's first ever fridges, washing machines, radios, TVs and air conditioners.

From the 1970s onwards, LG took advantage of a globalised world market, and began exporting it's products around the world. In 1982, LG opened it's first overseas production facility in the United States.

Today, LG is a world leader in the production of LCD panels and has expanded into other fields such as mobile phones. LG is now one of the top 10 biggest electronics manufacturers in the world, with a market capitalisation of over $50bn Australian dollars.

<< Go back to the previous page